Secede From the Union


As we all sit around and look back at the re-election of President Obama, there are those who feel that the situation is so dire that they are calling for the United States Government to allow their state to peacefully secede from the Union.  At the writing of this article, people have filed petitions on behalf of 21 States on the web site “We The People.”  The major flaw in this action is that these people in no manner represent the citizens of the states they have filed on the behalf of, and it is highly unlikely that they will gain the 25,000 signature that they will need to force an official response from the United States Government and the President of the United States on the matter.

There is one major concern on the minds of these people.  The fact that President Obama was re-elected ending any hope of stopping Obama Care from taking its full effect.  People are genuinely scared that this mandatory health regulations and Obama’s socialist tendencies are going to drive this country into a Depression, killing more and more jobs and driving prices of products and services higher as the average income of the US Citizen continues to drop.

Add to this the fear that the liberal agenda of which Obama represents in the minds of many, will create a bigger welfare state than we already have, that gun control will become so tight that no one will be able to own a gun even to hunt for food.  There are people who fear that the Constitution of the United States is being taken away from the American people and there is nothing they can do about it.

Well, let me point something out to these people.  You focused on putting President Obama out of office.  Did you consider for a moment that if you removed the liberals from House and the Senate that you would actually wield more power for change?  The President of the United States only holds so much power.  It is the House and Senate that enacts or removes legislation.  You can elect a man into the office of the President, when on matter of the Health Care Reform put into place by the Obama administration, he is powerless without the necessary support of Congress.

Another thing that these people need to realize is how much these states depend on Federal Funding for Education, Roads and Bridges, and the many social programs that far too many citizens are drawing.   Many of the States being listed in the petitions to secede cannot afford to leave the Union, they are too dependent on Federal Funds.  And then there is the matter of Isolation.  If the United States Government should be forced into allowing certain States to secede from the Union, unless they have access to a shoreline or there is a line of “Free States” that give them access to a shoreline, they can become seriously isolated, and this isolation could be devastating for the citizens of that “Free State.”

So, while some may understand the desire to separate ourselves from the United States government at this time, for many of us it is a somewhat amusing look at the lack of thought that many people put into their political ideologies.  I would say it is slightly amusing, but I’m finding that I am getting less and less amused by the fringe of society who promote actions such as this.

Posted by antagonyst at 8:22 AM 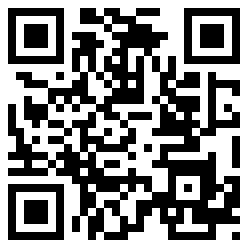 Read this site with your Android